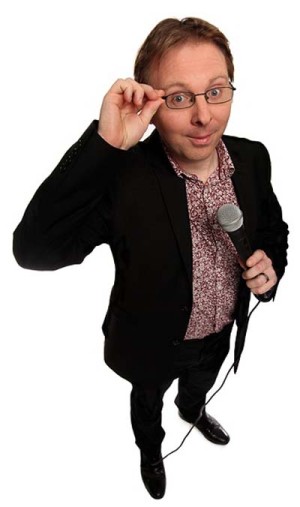 The best joke writer around

An excellent joke writer, hilarious...Tony has a quick, bubbly delivery, and is a delight to watch perform.

Tony is a rapidfire gag merchant with an arsenal full of one-liners, for laughs-per-minute he’s tough to beat!

His quick wit and vast array of jokes has made him a sought after act and compere by comedy clubs and promoters across the UK and internationally.

Something of a Twitter sensation, Tony’s jokes turn up in all sorts of places, from greetings cards to The Times newspaper, even if you’ve never heard of him there’s a good chance that you’ll have laughed at one of his gags.

In July 2014, he won third place in the prestigious English Comedian of the Year competition.

The Scotsman also selected one of Tony Cowards’ Jokes for their Best Jokes of Edinburgh Fringe List 2016.

Tony Cowards is also an accomplished and prolific comedy writer.

Over the last few years, he has written for BBC Radio 2’s Ian D Montfort Is: Unbelievable and Radio 4’s The Now Show.

Other broadcast credits include material for the Comedy Unit at BBC Radio Scotland, Radio 4’s The News Quiz, Newsjack for BBC4Xtra and he was also the principal gag writer for Bristol based Jack FM, for which he received a Sony Award Nomination.