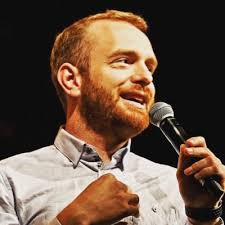 Tom is a Welsh comedian straight out of the mean cobbled streets of Monmouth town. Best known for playing PC Andy in Torchwood he is also a TV and radio presenter, voiceover artist and stand-up comic.

As a stand-up Tom was a finalist in the Daily Telegraph Open Mic award, The Paramount Comedy New Act Award, and ITV’s Take The Mic. He gigs regularly around the UK comedy circuit.

Tom’s material is charming & self effacing, but with a very wicked side that keeps the laughs rolling on and on.

Tom’s TV credits include Torchwood, Secret Diary of a Call Girl, Episodes, My Family, Count Arthur Strong and Holy Flying Circus to name but a few.

He often works as a voiceover, where he has been selling Iceland curries, Renault Insurance, Nescafe, and Red Bull and also narrated the story of some people who had Quadruplets on ITV1.