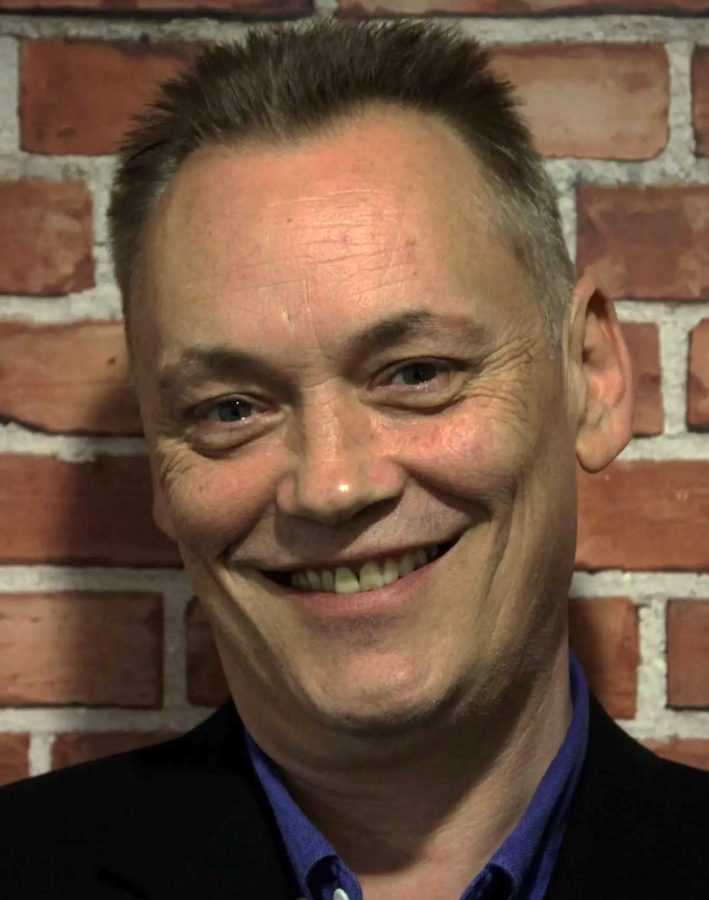 Christian himself is a natural and fantastically self-deprecating stand-up. Humour is a great leveller and comedy can break through barriers if delivered well. Terry Christian has found a natural home on the stage – a welcome reinvention for him and a great evening of laughs for those in the audience.

This hilarious romp through the guilt ridden, and occasionally dark, realms of life is another brave step for Terry. He brings all the maverick qualities that made him a media bête noire in the 90s, via C4’s The Word, to deliver an honest, funny and sometimes profound stand-up performance.

Terry Christian is a much loved, award winning  broadcaster, journalist, author and stand up comedian.

Always championed by UK audiences, Terry was voted 2nd in Celebrity Big Brother and has appeared on many TV  Comedy shows  including 8 Out of 10 Cats , Would I Lie To You, The Staying In Show, You’ve Been Watching, Have I Got News For You, Room 101 , Fantasy Football, The 11 O’Clock Show, The Late Late Show ( RTE), The Panel Show (RTE) and  Zig and Zag ( RTE).

He has also been a regular guest panelist on the topical Channel 5 series The Wright Stuff and Jeremy Vine.

Terry can also be heard on countless Radio comedy shows including  Radio 4s Chain Reaction, News Quiz, Today and  It’s Not What You Know.

THE WORD IS TERRY CHRISTIAN TOUR

Going on air in August 1990, The Word both revolutionised youth TV and predated reality TV by many years. Deliberately aiming to achieve something new and exciting, The Word pushed at the conventional boundaries of broadcasting to court controversy and outrage the Establishment.

Combining a unique mix of cutting-edge bands like Nirvana , Oasis and Snoop Dogg, irreverent and anarchic interviews of A-lister guests like Whitney Houston, Dave Chappelle, Bill Hicks , John Lyden, Arnold Schwarzenegger and Oliver Reed, stories from the margins of society, and the downright bizarre , The Word soon became loved by its target audience and loathed by the press in equal measure. Join award winning broadcaster, stand up comedian and Word Host Terry Christian as we celebrate – with the aid of some amazing clips and no holds bar Q&A – The 30th anniversary of this iconic and quintessentially 90s TV show.

Relive the 90’s Relive The Word.