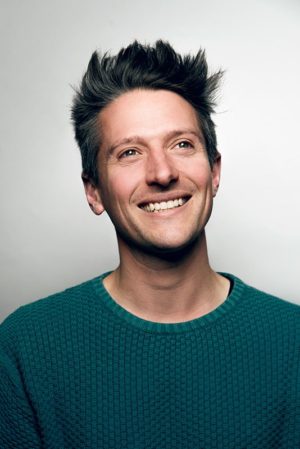 A supremely talented stand-up, with a wonderfully funny view of the world - effortless charm.

With a reputation for smart, accessible stand-up, Stuart’s enthusiasm and natural charm conceal a quick wit and fearlessness honed by his early career as a street performer.

In addition to his stand-up credentials, Stuart has built a reputation as a highly skilled interviewer and engaging host. His always insightful and often inspiring The Comedian’s Comedian podcast shines a light on the darkest creative secrets of his fellow comics, and is revered by comedy fans, performers and industry alike. Previous guests include Jimmy Carr, Tim Minchin, Russell Howard, Sarah Millican, Bo Burnham, Bill Burr, Jen Kirkman and James Acaster.

Stuart is an Edinburgh Festival Fringe veteran. Having been introduced to the festival as a street performer, he has since taken seven solo stand-up shows and presented The Comedian’s Comedian podcast at the Fringe three times. Stuart’s critically-acclaimed 2016 show Compared To What subsequently toured internationally. 2017’s Like I Mean It was another massive success, winning the Leicester Comedy Festival Award for Best New Show . Stuart’s latest show End Of debuted to rave reviews at the 2018 Fringe, earning a recommendation from the British Comedy Guide as one of their best shows at the festival.

A familiar face on the UK circuit, Stuart continues to build his audience internationally, performing at the Melbourne International Comedy Festival and the New Zealand International Comedy Festival, where he won the Spirit of the Festival Award. He has been invited to perform at the prestigious Just For Laughs Comedy Festival a number of times, receiving rave reviews as part of the Brit-ish line-up show and securing a series of high profile guests for The Comedian’s Comedian Podcast, including a live interview with legendary American comic Patton Oswalt. 2019 also saw Stuart invited to perform stand-up on iconic TBS chat show Conan.