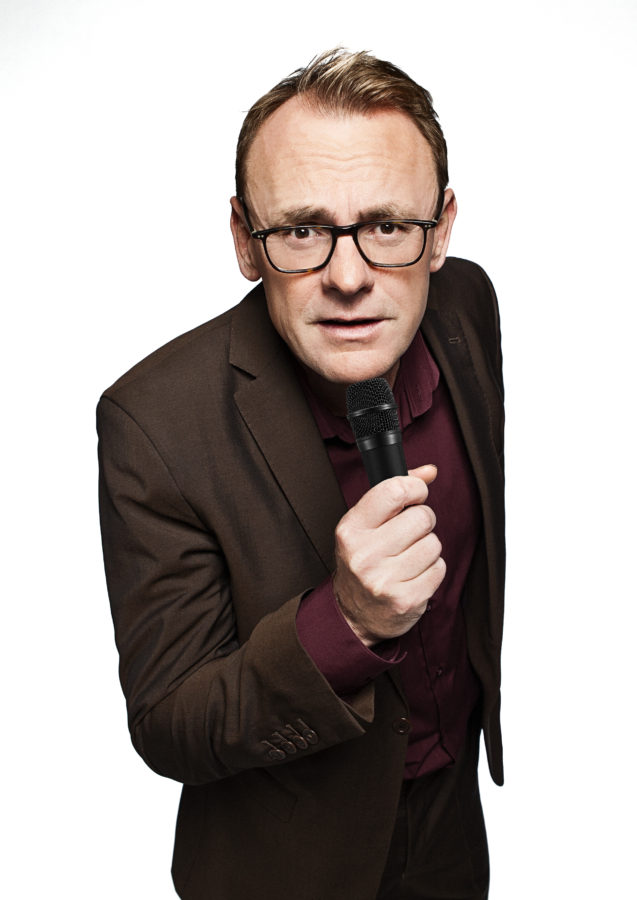 His timing is second only to the Greenwich Meridian.

There are moments when you think you can laugh no more - your tear ducts have run dry and your insides may take years to recover.

What’s remarkable about Lock is how he burnishes the dross of observational platitude into gold. A comic in peak form.

Sean Lock is one of the UK’s most highly acclaimed and original comedians, making his stage debut over twenty years ago. His stand-up is the product of a hyperactive imagination combining hilariously surreal imagery and insightful observations on the human condition. Sean possesses one of the most fertile comic minds in the country.

Sean has a number of highly acclaimed national theatre tours and DVD releases to his name; Sean Lock Live (2008), Lockepdia (2010), the best selling Purple Van Man in 2013 and Keep It Light in 2017 all available on DVD from Universal Pictures.

In 1999 Sean wrote and starred in the cult classic sitcom 15 Storey’s High. First televised on the BBC, the series followed the travails of Vince, a lifeguard, living in an inner city London tower block. The series quickly gained legendary status as one of the finest and most original sitcoms of recent times.

In 2006 and 2007 Sean hosted his own chat show on Channel 4 TV Heaven, Telly Hell, where guests including Johnny Vaughan, Johnny Vegas, Bill Bailey, Alan Carr, Lee Mack and David Mitchell choose their highs and lows from their television history.

Sean’s extensive television credits also include numerous appearances on Live At The Apollo (BBC One) , QI (BBC Two), Have I Got News for You (BBC Two), They Think It’s All Over (BBC Two), Never Mind The Buzzcocks (BBC Two), and The World Of Lee Evans (Channel 4). In 2012 Sean and Jon Richardson made a three part travelogue for Channel 4, visiting the deep Southern Swampland of America in The Real Man’s Roadtrip : Sean and Jon Go West.

In 2000 Sean’s show, No Flatley, I Am The Lord Of The Dance was nominated for the prestigious Perrier Comedy Award at the Edinburgh Comedy Festival. That year he also won the British Comedy Award for Best Stand Up (previous winners include Jack Dee, Eddie Izzard and Jo Brand). Sean has also won a Time Out Comedy Award.

Sean returned to the road in 2013 with his hit show Purple Van Man which played over 100 dates and released the accompanying DVD in November 2013. In 2014 Sean was nominated as Best Male TV Comedian at the 2014 British Comedy Awards for his appearances on 8 out 10 Cats and 8 Out of 10 Cats does Countdown.

Sean has performed all over the world including Edinburgh, Montreal and Melbourne Comedy Festivals, and from 2016 to 2018 performed his latest stand up show Keep It Light over 150 times to sell out audiences wherever it went. Keep It Light was released in 2017 by Universal pictures.