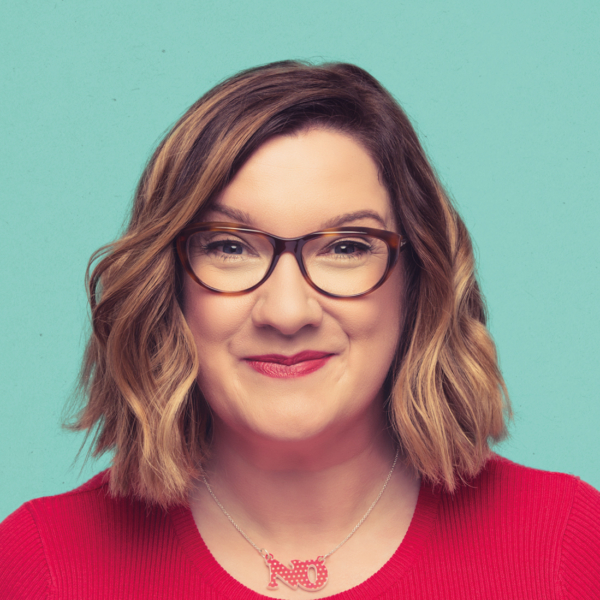 An iron fist in a marigold glove.

Sarah Millican is an award-winning stand-up comedian and writer.

Since winning the 2008 if.comedy Best Newcomer Award at the Edinburgh Fringe Festival for her debut solo show Sarah Millican’s Not Nice Sarah has fast-established herself as a household name, being nominated three times for The British Comedy Awards People’s Choice: Queen of Comedy and winning the award in 2011. In 2013 she was also nominated for the British Comedy Awards Best Female TV Comic for the fourth time, her eighth nomination in total.

On top of this raft of awards and nominations, Sarah‘s debut DVD, Chatterbox Live!, is the biggest selling stand-up DVD by a female comedian of all time, shifting over 150,000 units in the first five weeks of release alone. Sarah’s second DVD, Thoroughly Modern Millican Live was released in November 2012 and was one of the biggest selling stand-up comedy DVD’s of 2012, entering the live comedy DVD top 10 chart on its first day of release while her third DVD Sarah Millican: Homebird was also a bestseller. Sarah Millican: Outsider was released in November 2016 and went straight to number one in the sales chart upon release and Sarah Millican: Control Enthusiast hit the charts in 2018.

Sarah is a regular on top comedy TV shows including QI, Mock the Week, Have I Got News For You, 8 Out of 10 Cats, Big Fat Quiz, Live at the Apollo, The Jonathan Ross Show and as a headliner on Michael McIntyre’s Comedy Roadshow. Sarah’s very own series The Sarah Millican Television Programme combined TV-inspired stand-up and unique interviews with some of her favourite TV stars. It aired on BBC2 in March and April 2012. A second series, (which followed a Christmas Special in December 2012) broadcast January 2013 and notched up an incredible 2.4 million viewers for its first episode, with a third series broadcast in the Autumn of 2013. Sarah earned two BAFTA nominations for the series for Best Entertainment Performance. In December 2010, Sarah appeared at The Royal Variety Performance performing stand-up to Princes Charles and the Duchess of Cornwall at the Palladium Theatre. She made her second appearance at the legendary variety show in November 2014.

Sarah has also written and performed two series of Sarah Millican’s Support Group for Radio 4 and in June 2012 Sarah began writing her own column for national magazine the Radio Times. In 2014 Sarah started Standard Issue, an online magazine for women. 2017 saw the publication of Sarah’s debut book How To Be Champion (Orion). The ‘part autobiography, part self-help book’ shot straight to the top of the literary charts, becoming a Sunday Times Number One Bestseller.

After two critically acclaimed, sell-out Edinburgh Fringe runs in 2008/9, Sarah returned to Edinburgh in 2010 with Chatterbox. An unqualified success, Sarah capped the sell-out run with a nomination for the Foster’s Edinburgh Comedy Award, affirming her status as one of the most exciting comics in the country. Sarah embarked on her first national tour with Chatterbox, which completely sold out, and in March 2011 announced her second tour, Thoroughly Modern Millican, which sold over 190,000 tickets including an unprecedented 13 sold out nights at the Newcastle Tyne Theatre. 2014 and 2016 saw Sarah take two more sold-out tours on the road, Home Bird and Outsider. Sarah’s fifth tour, Control Enthusiast, also sold out its performances across the UK and Ireland in 2019, before heading out internationally in 2019.