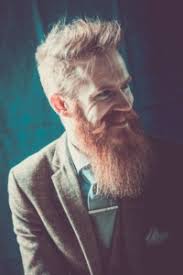 Blackpool’s Ryan Gleeson first started stand-up comedy in 1997 and at the tender age of just 16, he became the resident compere of the Comedy Station Comedy Club, rapidly becoming an established headline act and MC.

Ryan is a multi-award winning comedian in his own right, picking up no fewer than 5 awards, over his career.

He reached the finals of the prestigious City Life North West Comedian of the Year three times, as well as landing a place in the semi finals of So, You Think You’re Funny? for Channel 4 at the Edinburgh Festival.

Ryan has appeared on many TV shows, ITV’s This Morning and Richard Hammond’s 5 O’Clock Show, Channel 4’s So, You Think You’re Funny? and his very own chat show Talk Lancashire on Freeview. Ryan was also selected to become one of the first ever hosts of the brand new Crystal Maze live experience, in Manchester, guiding contestants around the four zones of the Maze. In 2019, he appeared in Mike Leigh’s film Peterloo, about the Petersfield Massacre, in Manchester.

Ryan is a regular guest on BBC radio, which has also led to Ryan becoming a much requested actor, voice over for adverts, mobile apps and as a presenter for shows and corporate awards ceremonies.
​
Ryan Gleeson has proved himself the loveable cheeky chappy of comedy, with audiences instantly warming to his endearing qualities. But, don’t let that fool you, this man is the heckler’s worst nightmare, shout out at him and he unleashes his quick thinking comedy brain.