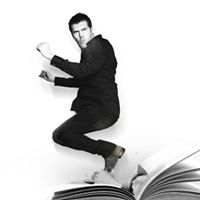 Without doubt one of the best comedians anywhere in the world right now.

A master of comic control.

Welsh sensation Rhod Gilbert is one of the UK’s leading comedy talents. He has enjoyed many successful years as a star of television and radio and continues to uphold his esteemed reputation as a seasoned host, prolific writer and first-class live performer.

He hosted three series of BBC2’s hugely popular show You’re Fired, the spin-off show from The Apprentice, interviewing outgoing candidates and taking a light-hearted look at events in the main show. He regularly guest hosts Have I Got News For You and has previously hosted a series of BBC2’s iconic pop quiz Never Mind the Buzzcocks, and two series of Ask Rhod Gilbert, his own panel show for BBC One.

In 2017 Rhod starred in and produced a documentary for BBC One Wales (and BBC2 across the network) exploring shyness and the huge impact it has had upon his life. Rhod Gilbert: Stand Up To Shyness was met with tremendous critical acclaim, and has just earned two nominations in the 2018 Bafta Cymru Awards for Best Single Documentary and Best Presenter. He is currently working on a new documentary Rhod Gilbert: Stand Up To Infertility which is due to transmit in 2020.

Rhod has made countless guest appearances on panel shows QI, Would I Lie To You and 8 Out of 10 Cats Does Countdown, twice hosted Live at the Apollo and gave a sensational performance on a Christmas Day special edition of Michael McIntyre’s Comedy Roadshow. He has performed twice on The Royal Variety Performance, joining an illustrious line-up at the centenary event in 2012 and has also recently joined the line-up in the Bafta-Award winning series Taskmaster for Dave.

He has hosted his own weekly Saturday morning show for BBC Radio Wales from 2007 until 2019, blending music, comedy and idle banter, the show was renowned for its irreverent and ill-informed opinion.

Rhod is truly cemented as one of the foremost touring acts in the country with several sold-out nationwide tours under his belt. He was a sell-out sensation at the Edinburgh Festival every year from 2005 – 2012 and has been invited to perform at every major international festival in the world.

After a six-year hiatus, Rhod has returned to stand up and will shortly be touring the UK with his highly-anticipated new show entitled The Book of John.