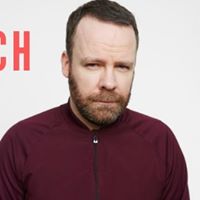 No TV camera could accurately measure the lightning speed of Delamere’s wit.

Delamere is a banter bomb, primed to make you explode with laughter... simply put, he is a master

Neil Delamere is one of the most in demand comedians on Irish television and well on track to repeat his success here in the UK.

He is best known to UK audiences for a storming appearance on the first series of Michael McIntyre’s Comedy Roadshow on BBC One. Neil has also appeared on The World Stands Up and Live At The Comedy Store, both on Comedy Central. He recently appeared on BBC Radio 4’s The News Quiz.

His regular TV appearances in his homeland of Ireland include RTE’s The Panel and BBC’s The Blame Game. He was also the host of the first series of Republic of Telly on RTE2