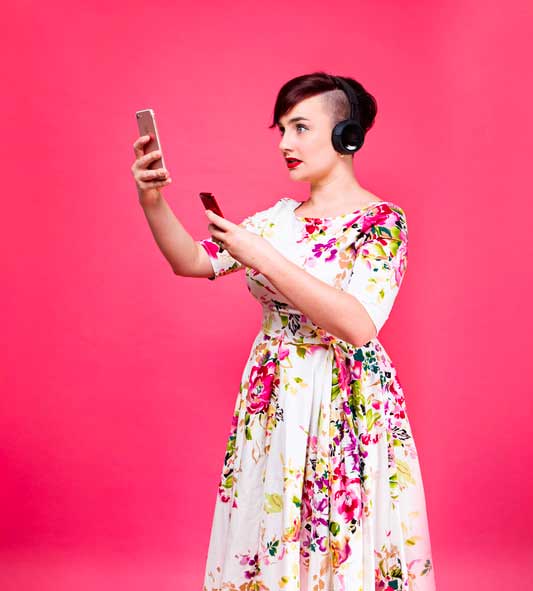 Spits out quips like bullets..Lexx is so naturally funny.

The room is filled with roaring laughter prompted by witty one-liners. Lexx is truly on her way to great success

A must-see for all.

Laura Lexx oozes charm and charisma from every orifice, she can command an audience with the simplest of eyebrow raises.

Natural and versatile, Laura has a quirky and unique spin on the world and is happy to take on any subject. Brilliant stage presence mixed with a cheeky charm, she is one of the best put downers of hecklers around!

Following critically-acclaimed runs of her shows Trying and Knee Jerk, Laura won Best Performer in the Comedian’s Choice Awards at the 2018 and 2019 Edinburgh Fringe. She was also named in the Top 10 of Dave’s Funniest Joke of the Fringe in 2018 and Trying transferred to the Soho Theatre in London in 2019.

Laura won Best MC in the 2017 Comic’s Comic Awards and was nominated as Best Compere in the 2016, 2017 & 2018 Chortle Comedy Awards. She also reached the final of the Amused Moose Comedy Award in 2016 & 2018. Laura has gigged at comedy clubs and festivals all over the UK and around the world as well as providing tour support for John Bishop, Jason Manford, Tim Vine and Russell Kane.

She has also written her first novel Klopp Actually: (Imaginary) Life with Football’s Most Sensible Heartthrob, and has had a comedy drama series optioned for television.