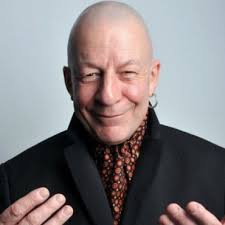 The body of a nightclub bouncer and the brains of a university boffin.

It should be made law that every British citizen go and see Jeff Innocent.

In short, he’s one funny man.

East Ender Jeff Innocent‘s unique appeal lies in the contrast between his East End ‘Geezer’ appearance and demeanour, and his educated, philosophical delivery and subject matter.

Jeff is a popular and experienced stand up comedian, actor, writer and cultural commentator. As a stand up comedian he has reached near legendary status among his peers and audience alike by staying at the top of his game for over 15 years.

He continues to cement his position within the premiership of British comedians with his weekly performances at clubs around the UK and featured in the 2013 movie, The Comedy Store, Raw and Uncut.

He has also taken solo shows to The Edinburgh Fringe and has toured the UK with his show Jeff Innocent’s Guide to Growing Old in the 21st Century and is constantly touring the UK. The spread of the comedy circuit globally has found Jeff performing in such unlikely and far flung locations as China, India, Norway and Vietnam to name but a few.

As a writer he has contributed to a number of publications and websites such The Independent, The Ecologist and London Is Funny, on a wide range of topics including environmental issues, history and music. He also lectures on stand up comedy at The London Comedy School.