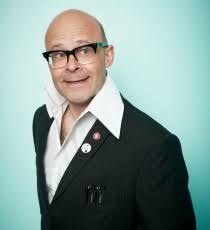 A man whose talent is as big as his collars.

An old fashioned stand up who still manages to be years ahead of his time.

Harry is regarded as one of the UK’s finest and most original stand up acts. His unique brand of humour, interweaving running gags, music, short films and far-fetched yarns, has been rewarded with numerous awards, countless nominations and many accolades, including a nomination for a British Comedy Award for Best Live Stand up.

Greatly admired across the Atlantic, Harry made a storming appearance on The Late Show (CBS). The show’s famous host and chat-show-king, David Letterman, has since personally invited Harry back on the show five times – a record for a British stand-up.

After giving up his career as a doctor, Harry’s career began in earnest when he won the Perrier for Best Newcomer in 1992 at the Edinburgh Fringe Festival.

Since 2004, Harry has narrated the comical clips show You’ve Been Framed! with 15 series to date.

Other memorable TV appearances include his performance as Morrissey on Celebrity Stars in Their Eyes (ITV) his Royal Variety Performance (ITV) 8 Out of 10 Cats Does Countdown, Ant & Dec’s Saturday Night Takeaway and being honoured on This Is Your Life (BBC).