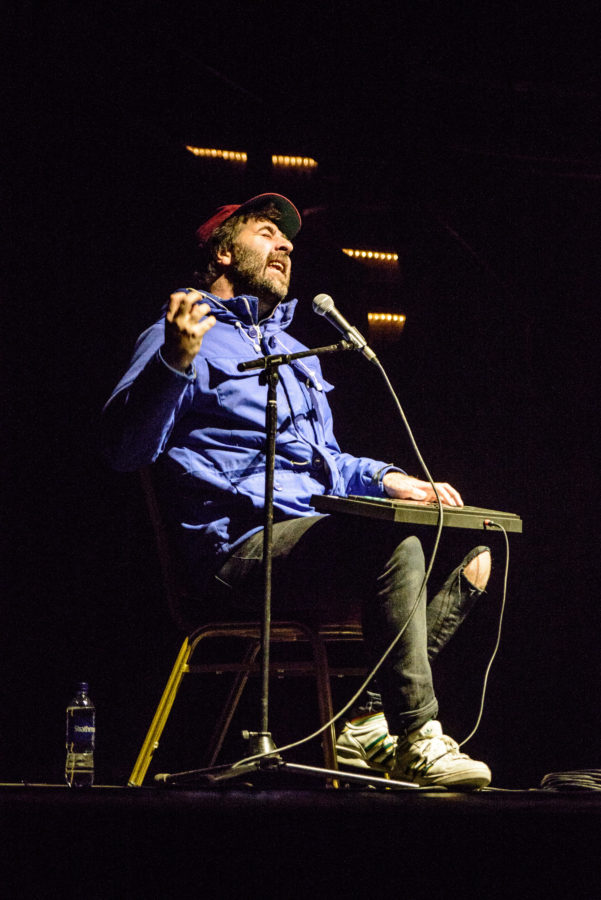 When a stand up gig goes this well, you do get a sense of how religions are started.

It works for one reason – he’s extremely funny.

He has a warm, lovable personality and draws the audience in with his quick-fire delivery.

David O’Doherty is an award-winning comedian, author and musician.

David first stepped on stage at Dublin’s Comedy Cellar in 1998. In 1999 he won the So You Think You’re Funny award for new comedians and was runner-up in the BBC New Comedy Awards.

Nominated for Best Newcomer in 2000 for his show The Story of the Boy Who Saved Comedy, David went on to win the main Edinburgh Comedy Award in 2008 for Let’s Comedy. David has returned to the festival for 11 years since, cementing his reputation as one of the most consistently funny performers at the Fringe. August 2019 saw David bring his 19th solo stand-up show Ultrasound to the festival.

David regularly takes his Fringe hits on the road and played his latest tour show You Have to Laugh to packed houses across the UK and Ireland. David has also performed stand-up around the world at festivals in Melbourne, Montreal, New York, Prague, Adelaide, Iceland and Wellington.

A TV regular, David made his stand-up debut on BBC2’s Live At The Apollo in 2017.

David’s other television appearances include 8 Out Of 10 Cats Does Countdown (C4) Would I Lie To You? (BBC 1) and The Alternative Comedy Experience (Comedy Central). He has hosted Never Mind The Buzzcocks (BBC 2) and made appearances on shows such as QI (BBC 2) Dave’s One Night Stand (Dave) and Have I Got News For You (BBC 1).

David is also a successful author. He published his first book, a children’s title called Ronan Long Gets It Wrong, in 2000. His next two books were the “wonderfully daft” (The Big Issue) 100 Facts About Pandas and 100 Facts About Sharks, written in conjunction with Mike Ahern and Claudia O’Doherty.