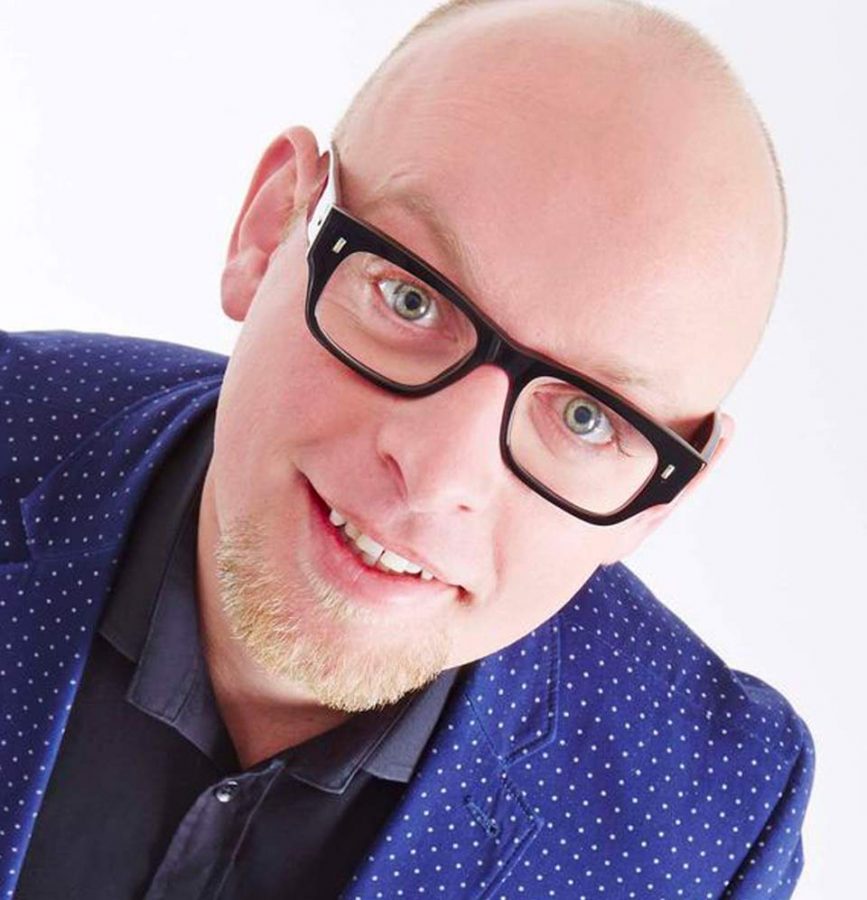 It is his powers of observation that make him so entertaining. Outrageously funny!

Keeping Up With NZ

Genuinely hilarious. He has a show that other more famous comedians would be proud of.

Dan Nightingale is widely regarded as one of the best performers working on the comedy circuit today.

He headlines all the major comedy clubs in the UK, and at the North West Comedy Awards, he won Best Act 2018 and 2019 and Best MC 2019. He is a regular at the Edinburgh Fringe. Both a storyteller and an observational comedian his stand-up is playful, honest, clever and creative. Astute, even acerbic social satire within a set of hilarious treal life anecdotes, brought to life by big characters and engaging performances.

Dan began his comedy career in Newcastle in 2002, and is now one of the most recognisable faces on the North West Comedy circuit. He founded the Frog and Buckets Beat the Frog amateur night, which quickly became the best new comedy night in the North. As well as his reputation as a top-class circuit headliner and in-demand MC and host, he has also performed regular TV warm up for the likes of Jonathan Ross, John Bishop and Celebrity Juice.

He has also appeared on John Bishop’s Only Joking (Sky TV) and supported Ross Noble on his UK tour.

Dan has also received much critically acclaimed success at the Edinburgh Festival Fringe, having performed solo shows in 2008, 2012 and 2013. He returned in 2014 with his hour long, one man show Dan Nightingale is Trying His Best Not to be a Dick which received 5 ★★★★ reviews.

His show in 2018 was a massive sold-out success Sex, Drugs & My Nanna’s Bungalow.

He is also a podcaster and has a hit weekly comedy podcast available for download  called Have a Word with Adam Rowe.