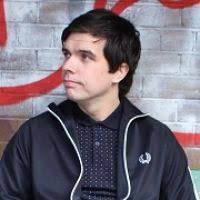 Has massive potential and is already frighteningly accomplished

Hailing from The Rebel County (That’s Cork for anyone outside Ireland!), Chris gave up the day job as an electrician, to pursue his calling in comedy. In 2010 Chris made his debut at one of Ireland’s biggest comedy festivals in Dublin’s Iveagh Gardens. His compelling storytelling then went on to win him the Comedy Smack Down Award at the Galway Comedy Festival later that year.

He quickly established himself on the Irish circuit and became sought after to open for some of his favourite acts, including Dylan Moran, David O’ Doherty, PJ Gallagher and Neil Delamare to name but a few.

In 2014 Chris took part in an Irish documentary The Stand Ups, which followed the lives of five Irish comedians. This gave a behind the scenes glimpse into the everyday life of a comedian, and followed Chris as he prepared for his third Edinburgh solo show.

T.V. appearances include, the RTÉ 2 panel show Next Year’s News, and The Craig Doyle Show. In the UK, he has appeared on Russell Howard’s Stand Up Central for Comedy Central.

On radio, he has been a regular panelist for the RTE Radio 1 show The Second Republic and a guest panelist on BBC’s The Blame Game.

In 2017 Chris made his acting debut appearing in the BBC hit sitcom, The Young Offenders.

In 2020, Chris returned to the Perth Fringe to start working on his seventh and most recent show, Christy Doesn’t Live Here.