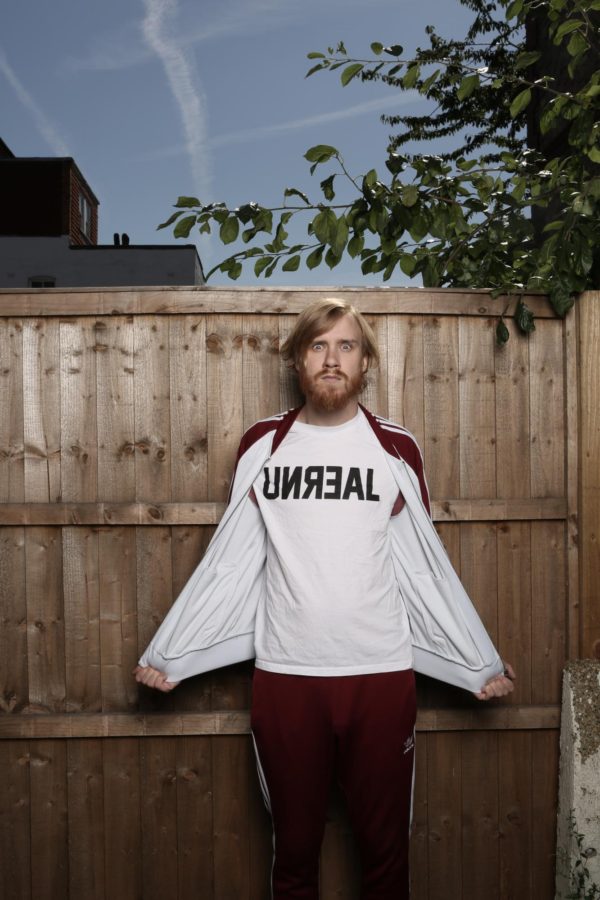 Bobby Mair is clearly a brilliant stand up. He's either going to be a huge international comedy star or the funniest homeless man ever.

Will stamp pictures in your brain that may never go away.

This Canadian comic possesses a vital spark that makes him exciting to watch.

Bobby Mair is a Canadian stand-up comedian based in London. He starred in his own sitcom with his wife on Vice and Comedy Central called Bobby and Harriet: Get Married and has appeared multiple times on Comedy Central’s Roast Battle including appearing in a battle with his wife that got millions of hits online.

His other credits include 8 Out of 10 Cats (Channel 4), Russell Howards Good News (BBC3) and Never Mind the Buzzcocks (BBC2). He’s opened for Doug Stanhope, Bill Burr and Bill Maher, appeared three times at Just For Laughs in Montreal and once appeared on Katie Hopkins TV show just to give the fee from the show to everyone she hates.

His debut Edinburgh show Obviously Adopted garnered rave reviews, with The Guardian calling it ‘a bona fide tour de force’ and he received four stars from The Scotsman and was invited to perform the show for a finale run at London’s prestigious Soho Theatre.

Bobby began stand up when he attended Humber College’s Comedy Writing and Performance Program in 2005, but dropped out after finding the daily confines of school stopped him from doing what he loved most, gigging constantly. He continued performing and his daring material quickly made him a strong name in the stand up community.

He was awarded the People’s Choice Winner in the prestigious Canadian comedy competition Stand Up and Bite Me in 2009. That year he was also nominated for Best Newcomer at the Canadian Comedy Awards. In June 2011 he won the entire Stand Up and Bite Me contest walking away with $10,000. That gave him the money he needed to move to the London. He left three weeks later.

The UK move saw Bobby gain instant notoriety as he secured a three day stint opening for his favourite comedian Doug Stanhope at Leicester Square Theatre. “He let me go on stage because I hung around for 2 days staring at him in Montreal”.

Bobby is definitely one to watch!