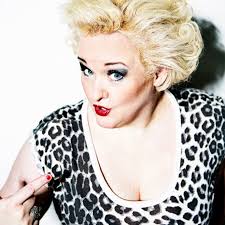 In her seven years in professional stand-up comedy she has been tour support for Michael McIntyre, Sarah Millican, Jack Whitehall and Tom Stade.

In 2012 Abi was a finalist and runner-Up in both the London Comedy Store Costa Light Comedy Competition and the Harrogate Theatre’s Comedian of the Year and took the Audience Award at the same festival.

She has appeared as a guest comedian on BBC Radio 4s Midweek, Weekend and Outlook, as well as on comedy radio stations Fubar Radio, Moscow Comedy FM (Russia) and Wildfire Radio (US).

In 2016, Abi became the first UK comic to perform in Russia, in Russian, completing three nights of shows to packed-out houses at Moscow Comedy Bar.