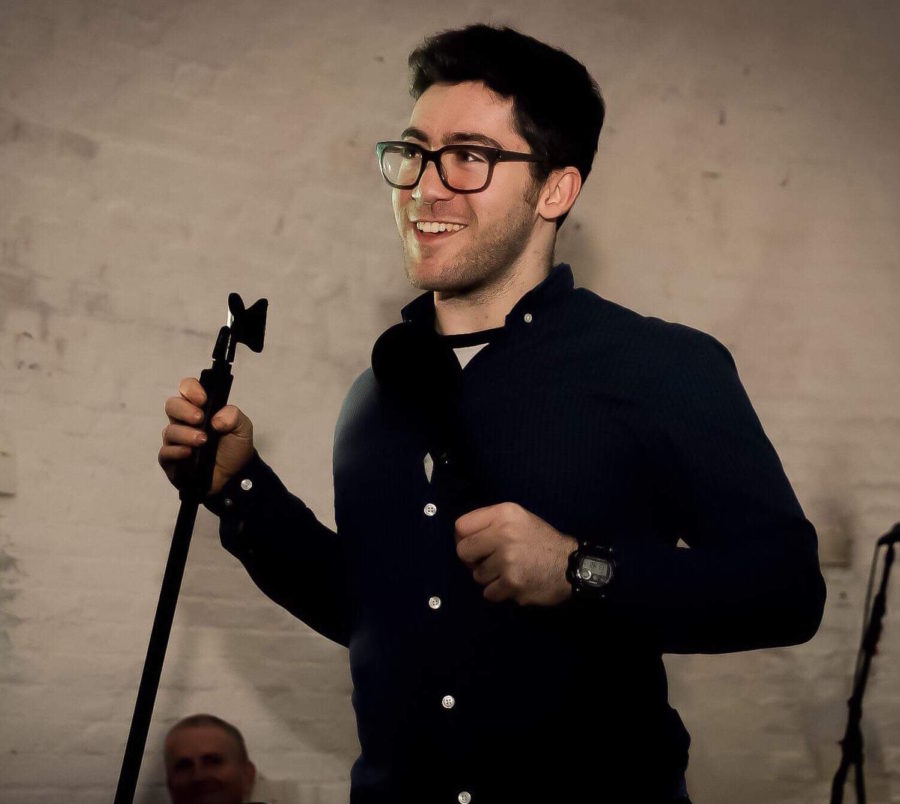 A talented comedian who has the audience in the palm of his hand.

A man with plenty of attitude and a keen sense of the right humorous stuff.

A superb storyteller.. a confident, sparky, smiley presence onstage, it is easy to see why he is an award winner.

Aaron’s comedic style is story-based, with clever one-liners interspersed throughout. He offers sharply-observed comedy which is grounded in his disability, but is by no means limited by it.  Amiable, likeable and with a commanding presence on stage, Aaron is an exciting talent and is destined for great things.

His credits include The Stand Up Sketch Show (ITV),  Disabled Coconut (NextUp Comedy), BBC At The Edinburgh Festivals (BBC Two), The Edinburgh Show (BBC Scotland), BBC Radio 1 and 1Xtra’s Unexpected Fluids podcast and Laura Whitmore’s Sunday Session (BBC Radio 5 Live). He has also been seen and heard on BBC Three and BBC Radio 4 Extra, and has appeared in a BBC Quickie with Brennan Reece and Rosie Jones.

Aaron performed his critically-acclaimed debut show Disabled Coconut at the Edinburgh Fringe in 2019. It detailed a complicated relationship alongside the absurdity of “competitive disability”. Some people have got the idea, he explains, that because of his upper body strength and background in sport, he is “not disabled enough.” Aaron has cerebral palsy and is a professionally-trained personal trainer, as well as a former international basketball player and world champion powerlifter.

The show was nominated for Broadway World UK Best Comedy Show and reached the finals of Amused Moose Best Show.